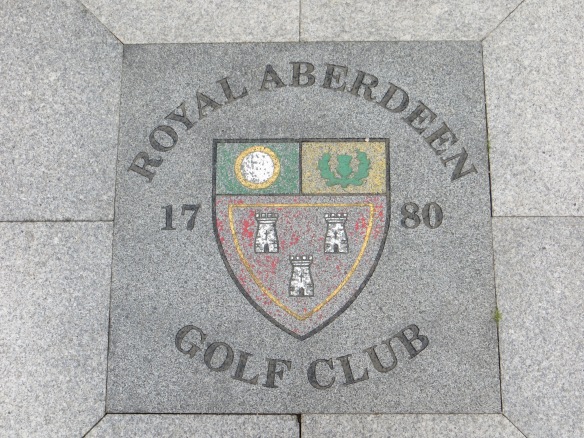 We drove the 30 miles from Cruden Bay to Royal Aberdeen in a driving Scottish mist fearful that the rest of the day would be all wet grips and rain gear.  But to our amazement the skies cleared as we pulled into the parking lot and it would be an afternoon game unfettered by such accommodations. 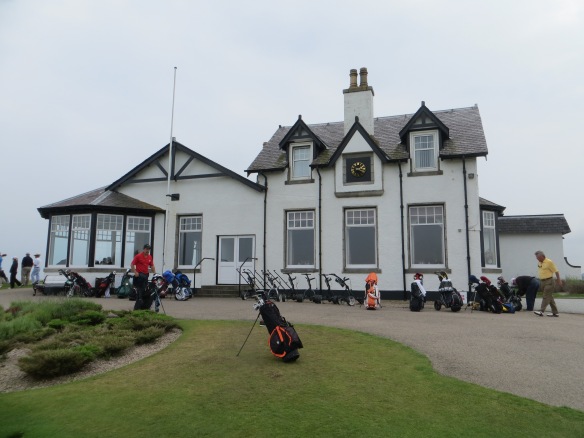 As one of the oldest golf societies in Scotland, golf at Royal Aberdeen dates to 1780.  Play on this spectacular piece of dunes and links land a drive and a five-iron from downtown Aberdeen began in second half  of the 19th century becoming a Royal venue in 1903.  As we would see, the entire golf experience here is one of unpretentious dignity (no shorts or cargo pants allowed). 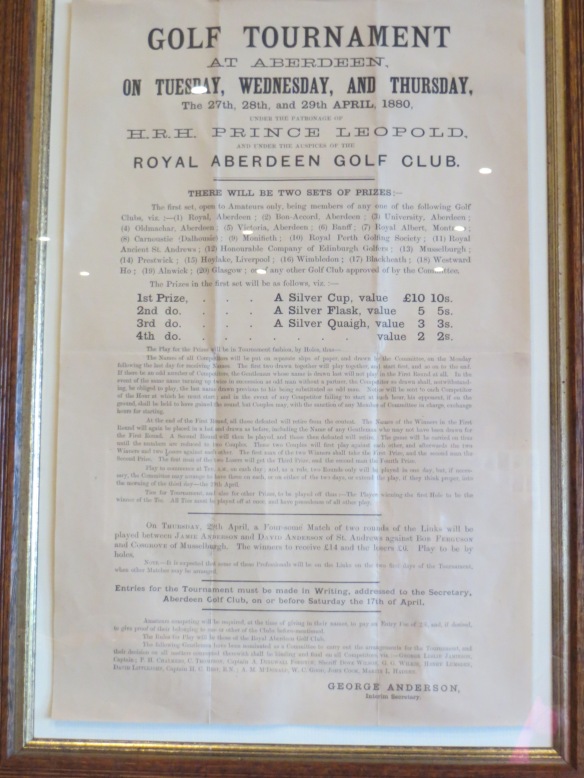 This announcement is for an interclub competition in April of 1880 with members of Royal St. Andrews, Carnoustie, Hoylake, Prestwick, Westward Ho, among others.  The prizes for the winners were silver Cups, Flasks, and Quaighs.  No self respecting champion would be caught dead without a silver Quaigh, whatever that is, in his trophy case. 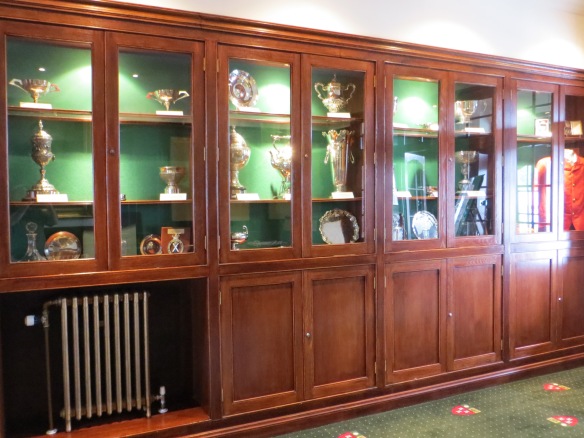 The halls and walls of Royal Aberdeen are full of memorabilia from Open Championships, Amateur Championships, Walker Cups, and other competitions that have been contested by the greatest players of their time on the Balgownie Links of Aberdeen. 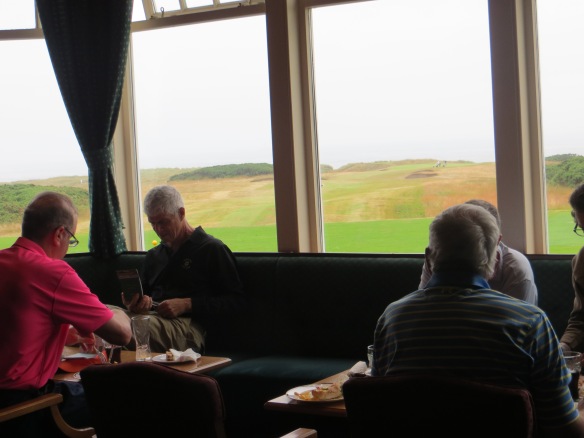 After the grueling morning the troops stopped for a proper lunch in the grill room which overlooks the first tee and beyond. 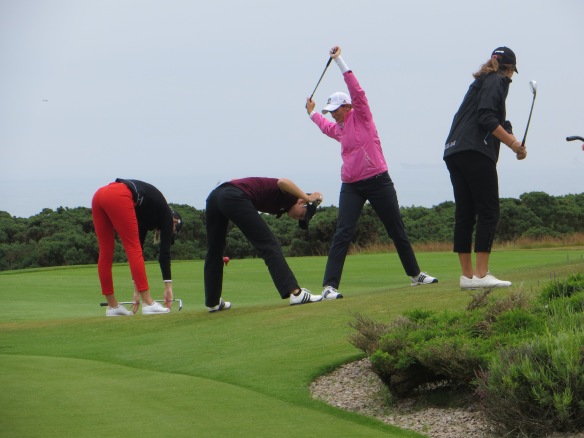 Particular attention was paid by staff and visitors to the Texas A & M Pregame Pilates adjacent to the first tee. 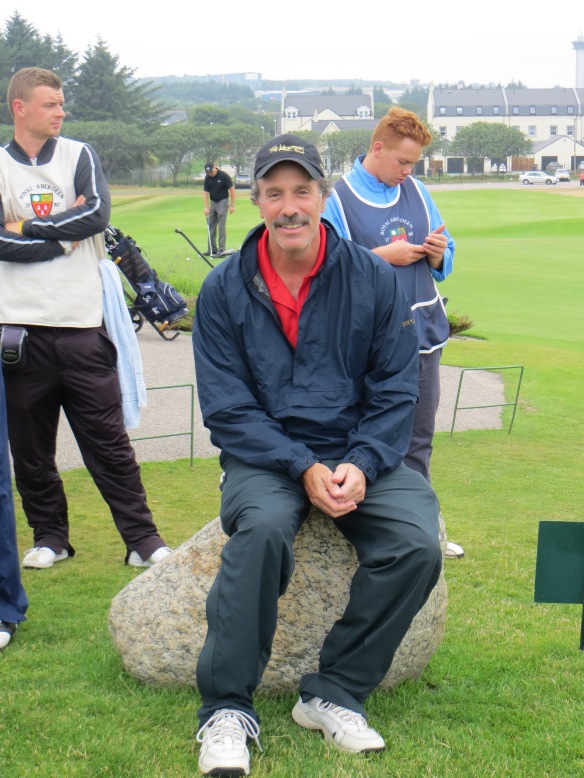 Tripmeister Jim seems satisfied with our comprehension of the therapeutic value of proper preparation for play. 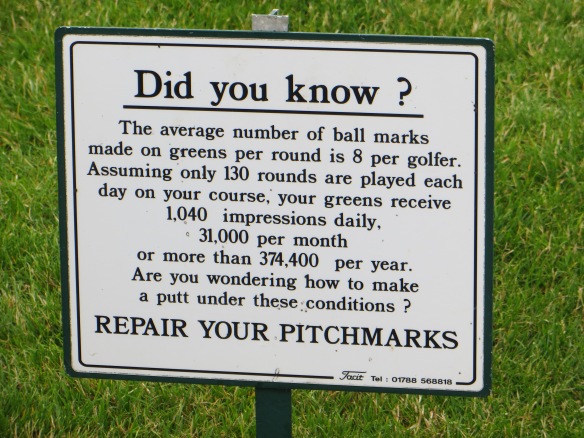 A not so gentle reminder next to the first teeing ground that care and maintenance of a Royal is a community effort we all must embrace. 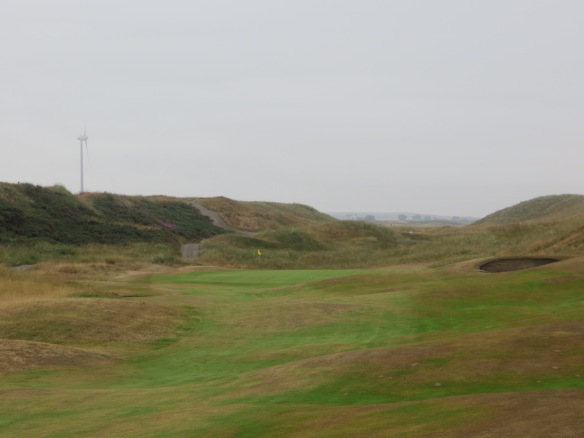 Alighting one from the high perch on one leaves you with the challenge of negotiating this deep hollow in front of the first green.  Anything timid will get a Matumbo welcome and leave an elevation pitch up the steep grade to try to save a par. 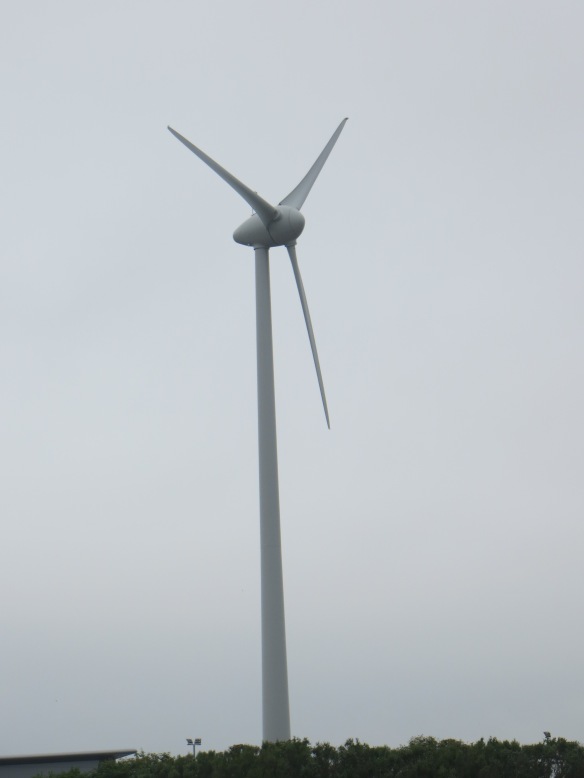 A sneaky way of controlling your wind direction and speed experience on the front side. 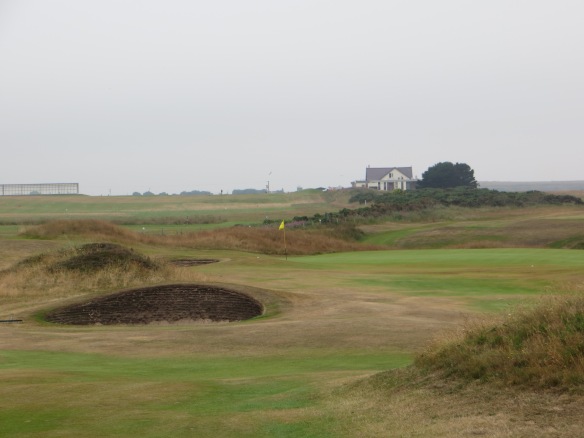 The approach to seven green has a typical links symphony of bunkers, furry mounds, bumps, and hollows to bruise your ego. 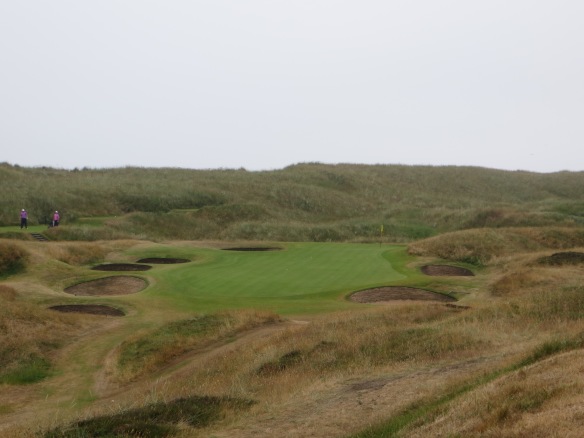 The eighth has a 43-yard steeply ramped green encircled by ten voracious pits with serious magnetic attraction .  One club elevation adjustment for the downhill is mitigated by the gusts of wind coming over the top of those imposing dunes behind that separate you from the beach. 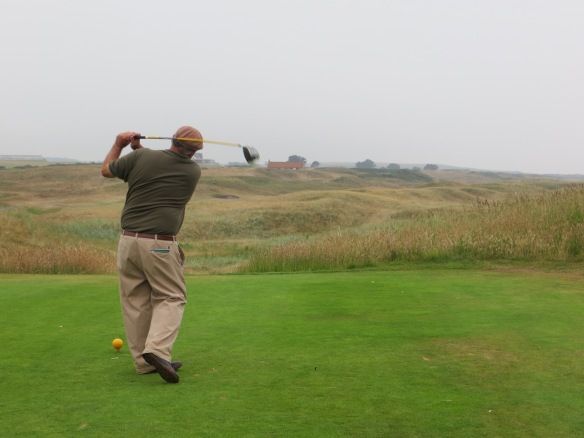 A confident follow through by the Mish over the furry oblivion to a fairway below that farm house on the hill.  You have to take my word for it about the fairway. 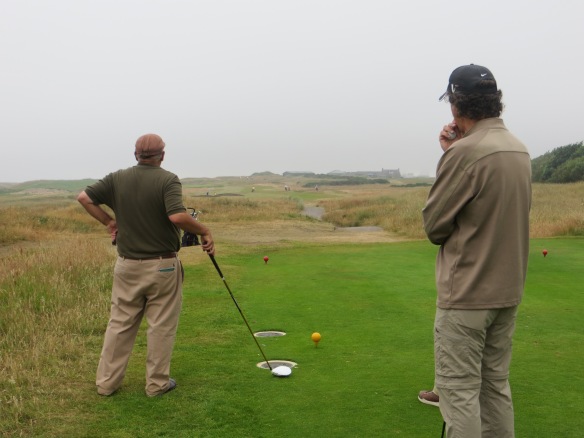 Mish and Michael in serious contemplation as to what is next on the back side. 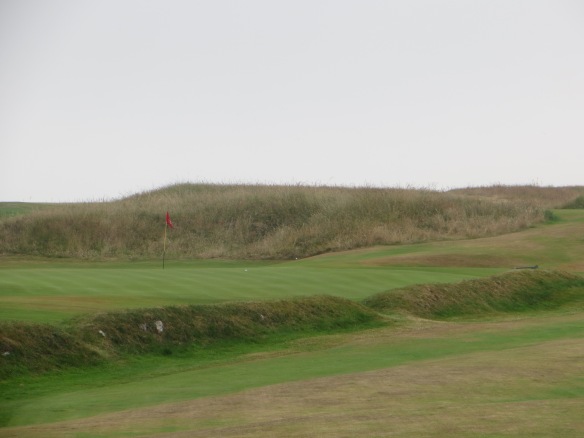 The remnant of an old dyke impedes your approach to fourteen green-this is even an unusual feature for Scotland. 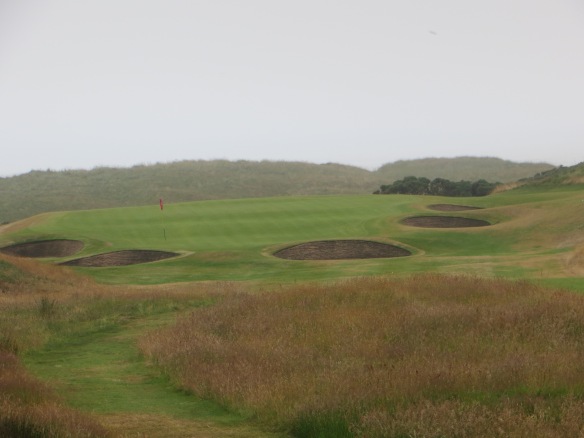 Five bunkers to hurdle into a face wind on seventeen.   But you must not venture past the flag du jour because the steep tiering of this green is more severe than any digital image can relate. 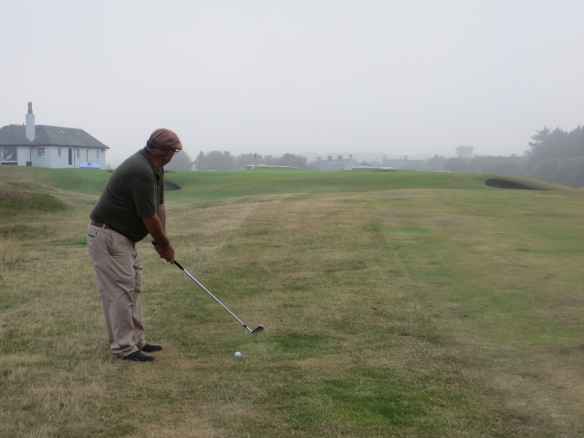 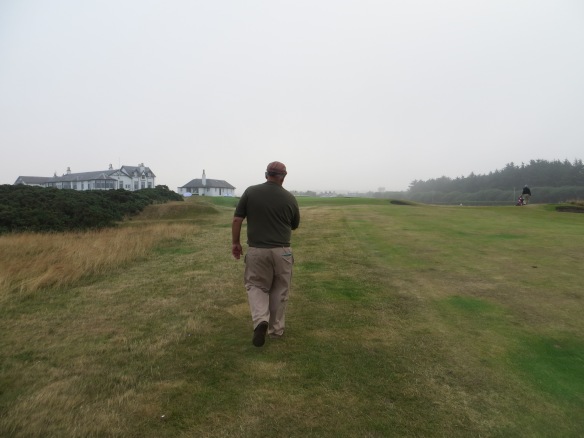 Pop in that strut…….would indicate some level of success.