The View From Above (expandingknowledge.com)

There is something delightfully playful about the colorful silks of the hang gliders that will be suspended over Torrey Pines at this week’s Farmer’s Insurance Open in La Jolla, California.  These characters look like they are really having a good time as they take in the stunning vistas, beautiful sunshine, and an aerial view of some of the top players in the world plying their craft.

Tiger, who has won at this place more times than we can count, will be skipping the event to pad his money market account with a three million dollar appearance for playing in the Abu Dhabi HSBC Championship in the Arab Emirates this weekend.  But the other favorite son of San Diego, Phil Mickelson, will be on hand along with Ernie Els, Justin Rose, Dustin Johnson, Nick Whatney, Rickie Fowler and a host of others as the PGA West Coast Swing shifts into second gear.

Maybe the most interesting story this weekend is the return of J.B. Holmes to the tour after brain surgery this fall to correct a Chiari Malformation that was impinging on his spinal cord resulting in dizziness, headaches and problems with balance and coordination. He actually went through two surgeries and a length convalescence but is about 85% which means he still hits it about 15 yards past most of the gorillas on the tour.  This man has moxie and his return will be a welcome sight to all of the fans who watch the tour regularly.

Rocco will be back at the site of his famous duel with you-know-who in the 2008 U.S. Open at Torrey Pines.  His form has been sketchy since his last win in 2010 at The Frys.com Open, but you know he will be chatty and entertaining as he basks once again in the glory of his effort in that Monday playoff for our national championship. 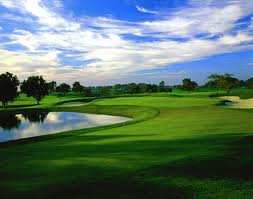 Don’t miss the sights, flights, and sounds of another garden spot in California.  TV coverage is on Golf Channel Thursday and Friday afternoon and CBS over the weekend from 3 to 6 pm EST.