There is a seminal trend building in the world of golf course construction to build short courses at destination golf resorts.  The trickle has now developed into what looks like a steady stream and I believe it is now starting to spread to high end private clubs as well.  For those who are looking at initiatives to “grow the game” this is very good news indeed.

For those of us with long memories, we can recall in the days of poodle skirts and weejuns when date night often meant a visit to a skating rink, bowling alley, miniature golf, or pitch n’ putt golf course with our honey.  Who did not look forward to putting an arm around her as you skated to carousel tunes or gently instructing her on proper grip of the bowling ball or the putter.  Unfortunately these fun “family” entertainment venues effectively went the way of the hoola-hoop and got wiped as the value of real estate in the exploding urban suburbs saw them replaced by more lucrative strip shopping centers, motels, and garden apartment complexes.

Fast forward about 50 years and Mike Keiser gets the notion that at a destination golf resort like Bandon Dunes would be a perfect place to bring back the fun and high jinx of a short Approach and Putt Course (I prefer this traditional name from the Golden Age to the more crass Pitch n’ Putt moniker of later years).  From the beginning Keiser had the Par 3 “Shorty’s Course” just off the driving range at Bandon Dunes.  It was opened on alternate days when range balls were not flying in that direction.

But this was not good enough for Mike Keiser.  In 2012 the resort opened a Bill Coore and Ben Crenshaw design-Bandon Preserve-a fully functional approach and putt course with real tees (and lots of them), real green complexes, and a fully stocked adult beverage dispensary in the middle.  The draw was instantaneous as folks found 13 real golf holes could be played in an hour and a half with a couple of clubs, a drink in hand, and a festive attitude.  There were no rules-play with as many people in your group as could corral, make as much noise as you like, and play the holes from any distance that met your fancy. 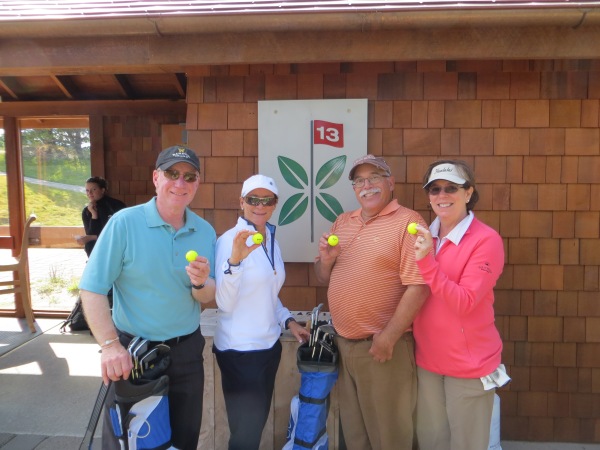 What was never discussed was that, with serious elevation changes, real green complexes, and a endless teeing grounds to choose from, this was a perfect place to hone your links approach game for the next day’s round.  It was a D.I.Y. Approach and Putt golf experience that became the delight of all the “retail golfers” who came to the resort. 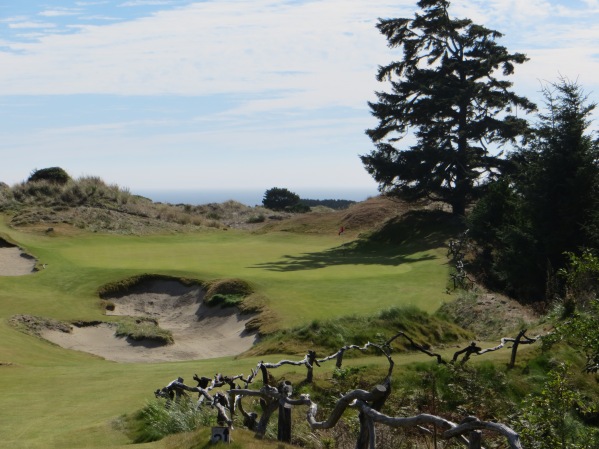 The second hole at Bandon Preserve…that is a real serious bunker!!

Truth was this was not really a new idea at all.  Back in the 1930’s Bobby Jones asked Alister Mackenzie, the designer of Augusta National, to design the Augusta Approach and Putt Course for the members.   The innovative approach MacKenzie took was to have 9 double greens so the front nine could be played in one direction and replayed in reverse as a unique back nine.  Unfortunately with the pressures of the depression weighing on the operation of the club , it never saw the light of day. 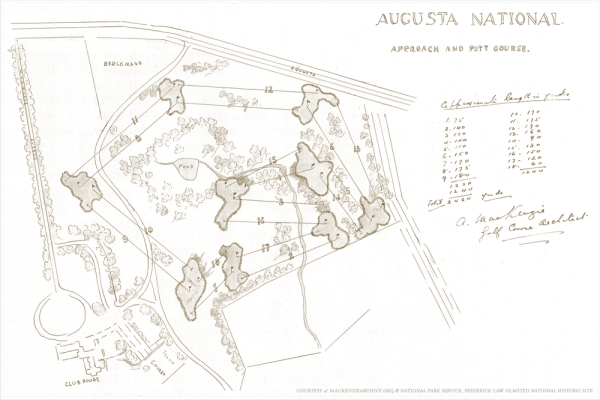 With the success of Bandon Preserve others started to take notice and various iterations starting popping up at resorts and high end private facilities across the country.   It is safe to say that these things are becoming standard fare as high end resorts are looking at them as combined family playgrounds and happy hour entertainment centers.  It is just another way to engage their patrons of all ages with new and different entertainment options.

New offerings include Tiger Woods putting his name on “The Playgrounds”,  a 10-hole short track at the new Bluejack National in Texas. Tom Doak did a short course in 2017 at Ballyneal Golf Club in Colorado.  Gil Hanse and Jim Wagner just finished “The Cradle” a playful addition to the PInehurst Resort.  Most recently, Jordan Speith had a hand in creating a 6-hole Par 3 Course called “The Lower 40′ next to the campus of  his alma mater,  the University of Texas, Austin.

The next wave of these approach and putt courses is likely to happen at a high end country club near you.  Since it can be done on a small parcel of land they already own at a fraction of the cost of a full blown 18-hole course, private country clubs will see these as a way of engaging new players, kids, and their older members.   These facilities are a great way to enhance an outside event or create a unique multi-generational club competition.

The best part is that players need only a couple of clubs and an hour to get a pretty robust golf experience.  Talk about a great vehicle for growing the game.

As they saw at the Preserve, these tracks also serves as an full-fledged short game practice facility which is much more interesting than a single practice green and a couple of bunkers.  Private clubs struggling to attract and retain membership will begin to look upon an approach and putt course as essential as the health club and the lap pool in meeting the needs of it’s membership.

1 thought on “The New Rage-Approach and Putt Courses”