It has never been more evident to me that the entertainment factor in major championships has been diminished by the ability of today’s professional golfer to hit it long and hit it straight. All the trouble off the tee and into the greens have been muted by the pros ability to see and hold an intended flight line with less trepidation about the ball wandering.

Spring board club faces propel it further, launch it higher with less spin to produce roll out. Asymmetric dimple patterns on the balls are diminishing the side spin on mishit shots and thereby reducing the slice or hook that could deliver the evil decree of the trees, bunkers, or water not on the line of charm.

Scientific advances are diminishing skills required to master the game 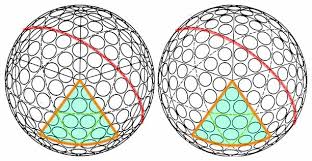 To the chagrin of the tournament officials and members of Oakmont they have seen this in spades this week.

The short 17th which was a pivotal hole in so many of the previous majors used to require players to hit a hard draw just to get it far enough up the hill to the reach the green and then have to control the side spin to hold the line and avoid the gnarly hillside rough on either side. A disastrous bogie or worse was as likely as an eagle for those with the moxie to take on driving the green.

This year even the modest hitters on the tour are taking dead aim over the bunkers on 17 confident that with today’s forgiving drivers they can produce the 270 carry over the nest of bunkers, hold a line to the opening, and trundle one up to give themselves an eagle opportunity. A slight fall to the left or right simply means a sand recovery from the green side bunkers which is like taking candy from a baby for these guys.

The USGA and R & A together have failed to protect the integrity of the game by letting manufacturers of clubs and balls use advanced aerospace technology to turn the game into a bomb, pitch, and putt affair.

Serious teeth have to be reintroduced to the required specs on clubs and balls to bring back the good old days of using and controlling curve to avoid the fairway bunkers and heavy rough off the tee and maneuver past the green side trouble to get at the Sunday pins.

Needless to say this would remove the need to keep lengthening courses to maintain their challenge for these events and reduce the capital budget requirements for all golf clubs trying to keep up. It would also bring back skill level and artistry of shot making and provide a much more entertaining product to watch on these Major Sundays.

1 thought on “Holding The Line”