You have to think the one with all the ingredients to win this week’s first LPGA Tour major is Yani Tseng.  She has won three of her first five LPGA events in 2012 and missed a playoff in both of the other by a smidge.  She is number one in the world by a solar system having won 35 titles world wide in her young career.

At age 23 she is already plying her way into the LPGA Hall of Fame with five majors to her credit, including a win here in 2010, and ten other LPGA wins.  She has a scoring title and two player of the year awards in just five years on tour.   A combination of one more major and two more LPGA wins and she will reach the mark to qualify for the LPGA Hall of Fame.

The entire top 50 in the world will be at Mission Hills so there are plenty of quality players who could throw some chalk in Yani’s batter.  Na Yeon Choi, the #2 player in the world, Suzann Pettersen, a fierce competitor and probably the best athlete on the tour, Stacy Lewis, the defending champ, Ai Miyazato,  whose knee socks are always in a final group, and South Korea’s Jiyai Shin bulldog tough with a major and 8 LPGA wins to her credit. 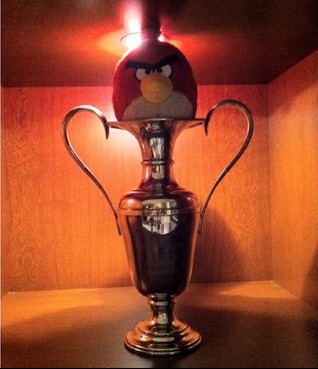 Having said all that this tournament, with a winning score often double digits under par and a reachable par five finishing hole, has sported some real drama and been the break through major for a number rising stars.  Stacy Lewis won her first major here with a steely final round performance in 2011, Brittany Lincicome eagled the final hole in 2009 to grab the title, and feisty Morgan Pressel had the game to win in 2007.

But if you are looking for an American to break through I think it is going to have to been one of the young-ins.  Lexi Thompson is only 17 and will be playing in her first major as a pro and she has the length to humble this course.  Jessica Korda at 19 won the Women’s Australian Open at the iconic Royal Melbourne in February, and Michelle Wie, having finished her studies at Stanford, says she is ready to put full attention to reaching all that potential we have been discussing for the last 8 years.

In the end someone will have to work Yani Tseng over with a rolling pin to grab this trophy because with twelve wins last year and five already by April she has a head of steam that is going to be hard to staunch.  Unlike Annika before her, Yani is no maven in the kitchen, but I think when it comes to finding the winning recipe for this Kraft Nabisco she has pantry shelves of experience that make her the master chef.